Nomenclature of the substrate specificity of proteases

The web interface is fairly straightforward to use: the user only needs to input the one-letter FASTA format of the sequence of the query substrate protein. A typical task for a query substrate sequence with ~500 residues long will normally take 8-12 minutes. Once the prediction task is completed, the user will receive an Email containing a link directing to a webpage containing all the prediction results of the query sequence.

Proteases specifically cleave protein substrates from the N- or C- terminus, or in the middle of the substrate, through the binding of the protease active site to the substrate residues flanking the cleavage site. As defined by Schechter and Berger, the active site residues in the protease are composed of contiguous pockets termed subsites (Schechter and Berger, 1967). Each subsite pocket binds to a corresponding residue in the substrate sequence, referred to here as the sequence position. According to this definition, amino acid residues in the substrate sequence are consecutively numbered outward from the cleavage sites as ...-P4-P3-P2-P1-P1'-P2'-P3'-P4'-...(the scissile bond is located between the P1 and P1' positions), while the subsites in the active site are correspondingly labelled as ...-S4-S3-S2-S1-S1'-S2'-S3'-S4'-... (Figure 1). 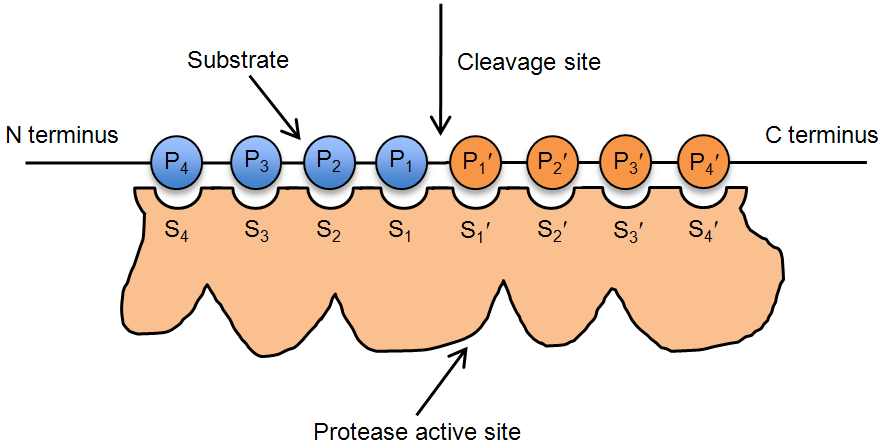 Figure 1. The nomenclature of the substrate specificity of protease.

The procedures of generating local sequence input features of PROSPER is illustrated in the following Figure 3. PROSPER is comprised of three modules: the input, the prediction and the output module. In the input module, user's submitted protein sequence in the FASTA format will be processed: PSI-BLAST, PSIPRED, SCRATCH and DISOPRED will be called to search this sequence against the non-redundant NCBI nr database. In the prediction module, the generated matrix profiles of secondary structure, solvent accessibility and native disorder information as well as the global sequence features will be used as the input to the prediction module. Finally, the output module will summarize the prediction results of substrate cleavage sites and send them to the user's Email address. 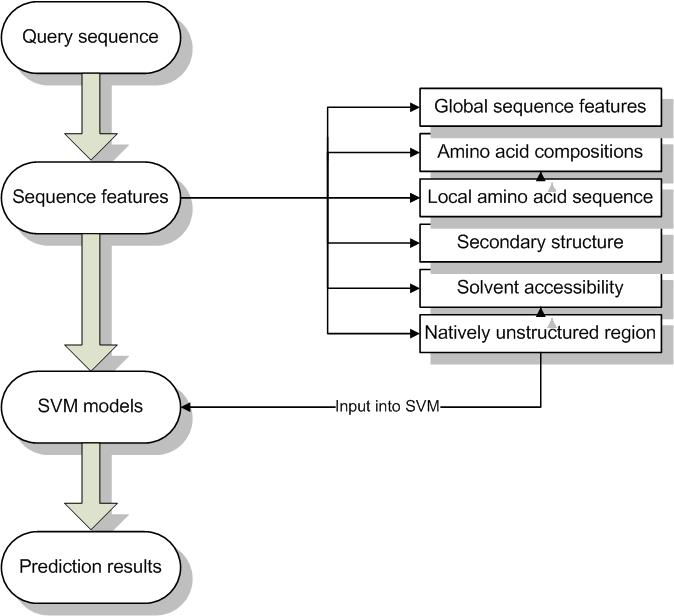 The web interface is fairly straightforward to use: the user only needs to input the one-letter FASTA format of the query sequence. A typical task for a query sequence with ~500 residues long will normally take 8-12 minutes. Once the prediction task is completed, the results will be returned to the screen.

Substrate cleavage site prediction can be formulated as a binary classification problem, i.e. being classified as either a cleavage site (positive) or non-cleavage site (negative). In our case, we employed a machine learning technique- support vector machine (SVM) to solve the difficult task of predicting substrate cleavage sites of different proteases. SVM is an efficient classification algorithm suitable for solving the binary classification or multiple classification problems. As a supervised machine learning technique based on structural risk minimization from statistical learning theory (Vapnik, 2000), SVM is able to distinguish positive from negative samples by transforming the data into a higher dimensional space and constructing an optimal separating hyperplane by the use of so-called kernel functions, where two linearly non-separable classes of samples can become separable (Vapnik, 2000).

We used support vector regression (SVR) to build the PROSPER models in order to quantitatively predict the substrate cleavage probability of differnt proteases. SVR is a supervised machine learning technique based on the structural risk minimization from statistical learning theory and it has an outstanding ability in predicting the raw values of the tested samples. It is especially effective when the input data is characterized by high dimension and non-linear function. For the implementation of the SVR approach, we used the SVM_light package, an implementation of VapnikˇŻs SVM for support vector classification, regression and pattern recognition.

We exploited and evaluated several differnt types of sequence profiles based on the bi-profile Bayesian feature approach (Shao et al., 2009). This approach would be particularly useful when dealing with an unbalanced dataset comprising a smaller amount of positive samples and greater number of negative samples. More technical details about Bi-profile Bayesian signature extraction can be found at Shao et al. (2009). We integrated the bi-profile Bayesian signatures to build the PROSPER models and predict protease cleavage sites using different combinations of the following sequence and structural profiles:

Based on these profiles, we investigated the predictive performances of different combinations of these profiles with the increasing complexity of sequence features. This step-wise procedure can reveal the contribution of individual features to the predictive performances. Given a potential cleavage site, its feature vector for input into the SVR model will be encoded by concatenating the constitutive features of the corresponding encoding scheme.